According to a CBS poll just released, Herman Cain who was tied with Romney in the polls a month ago at 17% each now leads Romney by 4 points (25% to 21%) among likely Republican primary voters. Gingrich is now comes in third beating out Rick Perry who continues his slide.  Perry now gets the support of only 6% of Republicans, down from a lead of 23% in September.  Bachmann, Santorum and Huntsman are barely in the race. 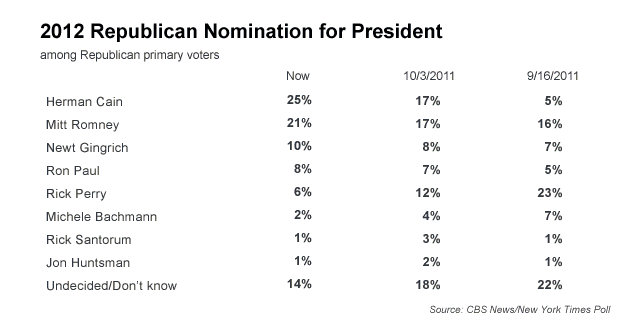 Herman Cain is well ahead of Romney and Gingrich among Tea Party members with support from 32% compared to 18% for Romney and 15% for Gingrich. 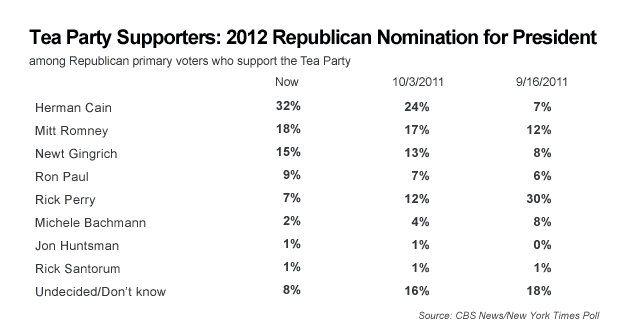 
Posted by The Attack Democrat at 1:36 PM