Tuesday night Oakland, CA police shot Veterans for Peace member and Iraq war veteran Marine Scott Olsen in the head.  His crime?  He joined in the peaceful Occupy protest.  Today Olsen, who is 24, remains sedated on a respirator, in stable but critical condition at Oakland’s Highland Hospital according to reports. Olsen served two tours of duty in Iraq and was never injured.  Oakland police did what the enemy was never able to do.

Here is the picture after he was shot and video of the police over reaction.  Has it come to this?  Are we now shooting our own veterans?  THIS POLICE OVER REACTION MUST STOP NOW.

The American people have a right to peacefully assemble. 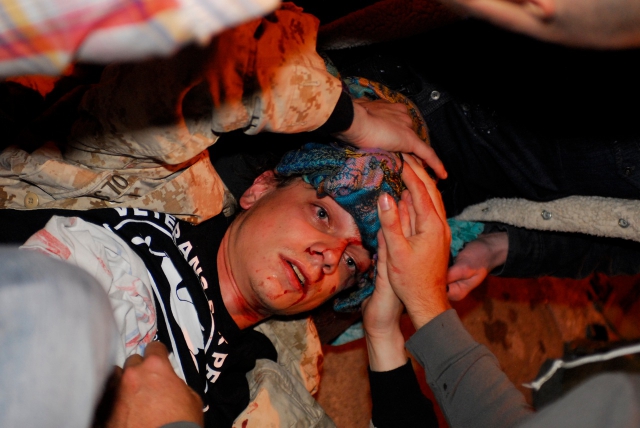 UPDATE: New video suggests that Olsen was hit in the head with a tear gas canister and that Oakland police may have been aiming the canisters directly at demonstrators in an effort to inflict bodily injury.  After protesters went to Olsen's aid, the video suggests that at least one officer fired a tear gas canister directly at those seeking to assist Olsen.  Watch below:


Posted by The Attack Democrat at 4:35 PM