Kaiser Family Foundation has released the first of its tracking poll on Americans’ support/opposition to Obamacare since the Supreme Court Ruling.

Majorities of Americans (a) want to either keep Obamacare or expand it, and (b) have accepted Obamacare as the American approach to health insurance and want the opposition to just shut up.

Although Americans remain divided in support for the Affordable Care Act with 41% approving of the act and 41% disapproving. 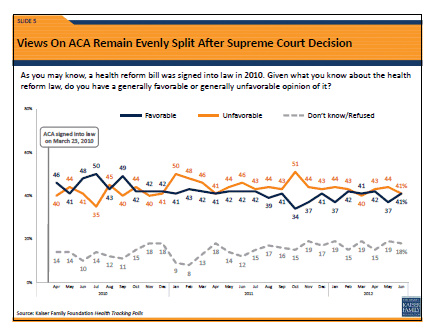 The 41% who disapprove of the Act include Americans who disapprove because they think the Act did not go far enough.  For example, they wanted a public option or to open Medicare to all.  The majority of Americans (53%) think the Act should be kept as it is or expanded.  Only 38% support repealing the Act or replacing it as Romney and the Republicans have proposed. 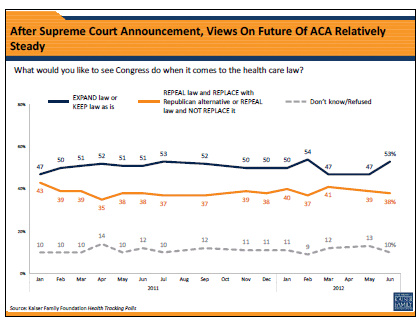 Regardless, most Americans say they are tired of all the arguing about the Act.  The majority (56%) want the opponents of the Act to shut up and move on to something else.  In short, most Americans whether they think the Act went far enough or not, are ready to accept the Act as the approach the country has taken to resolving the issue of how Americans should get health insurance. 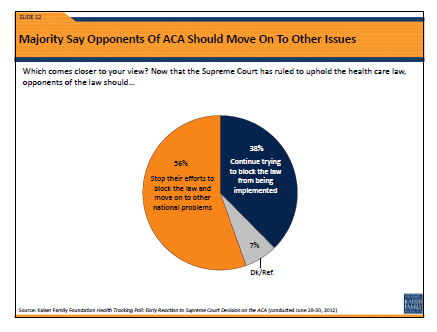 Posted by The Attack Democrat at 3:21 PM