Romney is taking a lot of punishment from Harry Reid with the charge that he may not have paid any income taxes for 10 years.  Republicans and even some Democrats are saying that Reid is misbehaving.   Romney still refuses to release his tax returns. The irony is that Romney could put an end to the whole issue by releasing just one page from any of his tax returns for the past 10 or 15 years.  Any tax he owed would be shown on page 2, line 61 (or a comparable line) on his Form 1040.  All Romney has to show is that during at least one year over the last 10 or 15 years, he paid SOME tax.  That’s all.  Reid would be shown to be wrong.  Romney would win the argument.  So, why doesn’t Romney do this one simple thing to end the controversy? Is it because Reid is RIGHT? 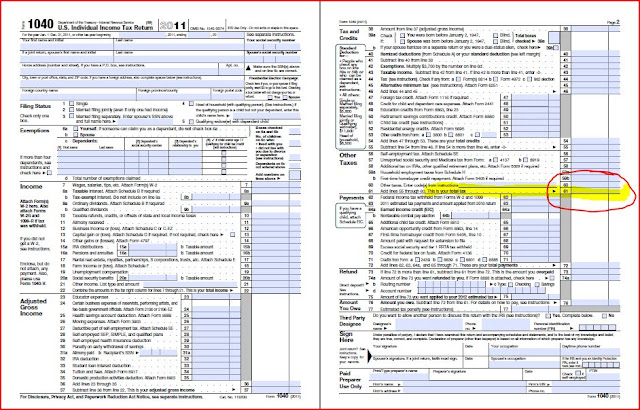 Posted by The Attack Democrat at 1:49 PM