A new Fox News poll has Newt Gingrich and Mitt Romney tied for the lead in the fight for the Republican nomination.  Herman Cain has lost considerable support and is back to the level he was at in September.  All other contenders are far back with support in single digits.  However, the race is far from settled. 60% of Republicans say they may still change their minds. 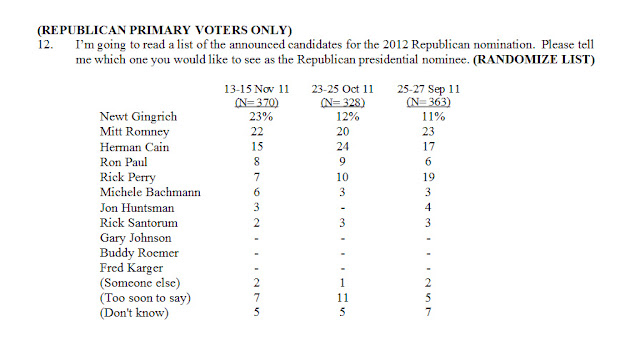 Posted by The Attack Democrat at 10:36 AM