A new presidential election forecasting model developed by Yahoo Labs economists Patrick Hummel and David Rothschild predicts that Obama will win the election with 303 electoral votes to 235 for his Republican opponent.  The model assumes:


The models developers note that the model’s estimate “may be a conservative estimate for Obama, because January's economic indicators suggest that the states are likely to experience greater-than-average income growth in the first quarter.”

They also note that “a key finding of the model is that economic trends—whether things are getting better or worse than they were a month ago—are more meaningful than the level state of the economy. In other words, whether the unemployment rate is increasing or decreasing is more important than what the unemployment rate actually is.”

See the state-by-state projections below or at the link. 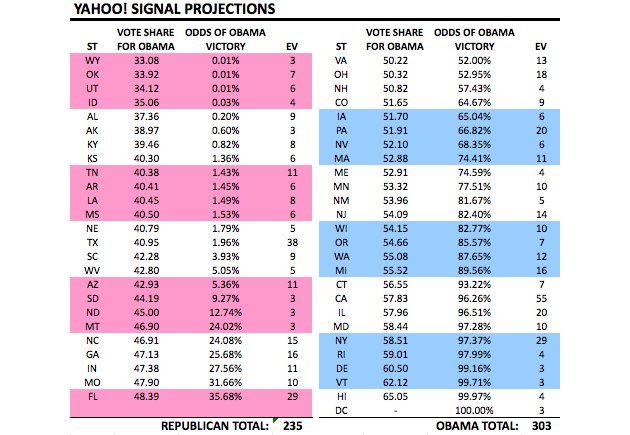