The U.S. is number one in LOW WAGE jobs

The United States has the dubious distinction of leading the modern world in the percentage of workers in low wage jobs.  We have gained that honor for three reasons.  First, we have systematically destroyed unions.  Second, we have grossly underinvested in a social safety net.  Third, we set the minimum wage much too low.  We can and should do better.

The Center for Economic Policy Research (CEPR) has released a new report looking at wages and the workforce in 19 Organization for Economic Cooperation and Development (OECD) countries.  The following charts are from the CEPR report. 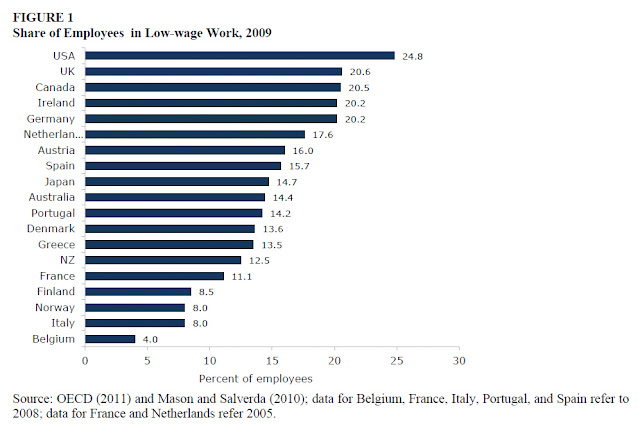 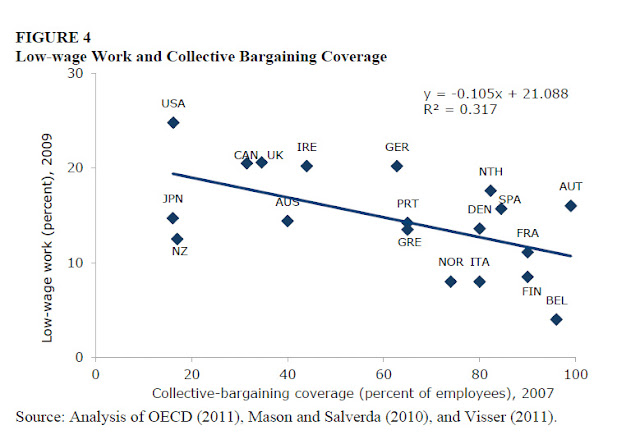 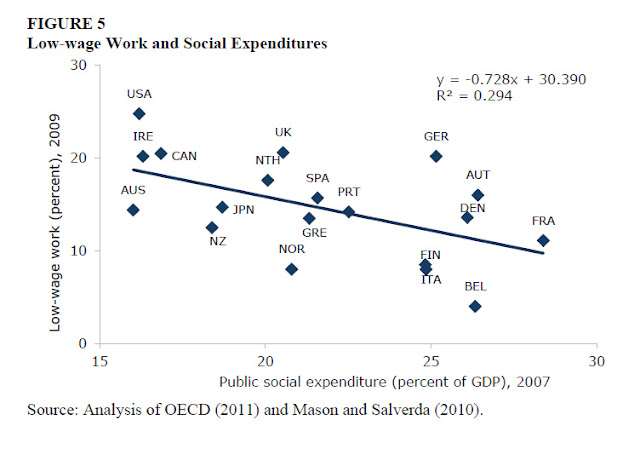 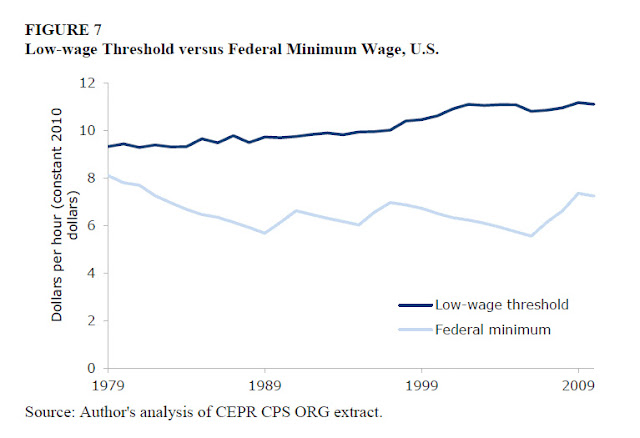 The CEPR researchers conclude:
The experience of the last few decades suggests that we have a pretty good idea of how to reduce the size of the low-wage workforce. “Inclusive” labor-market institutions that extend the pay, benefits, and working conditions negotiated by workers with significant bargaining power to workers with less bargaining power appear to be the most effective general remedy for low-wage work. The specifics can take many forms, from extending collective bargaining agreements to cover workers who are not themselves members of unions, to setting a minimum wage at or near the threshold for low-wage work. Greater public social spending may be another way to increase the “inclusiveness” of national industrial relations systems since a generous social safety net improves the bargaining position of low-wage workers relative to their employers. The national details aside, the available cross-country data show a strong association between higher levels of inclusiveness and lower levels of low-wage work.

NOTE: Republicans consistently oppose all of these actions.  They fight hard to make it more difficult for unions to organize.  The seek to reduce, not expand, the safety net.  Finally, they always resist any effort to raise the minimum wage.  At the same time, they insist on maintaining and expanding preferential tax treatment for the super rich.  It you want to understand why the United States is a country of lousy paying jobs, look to the policy positions of the GOP.  Then, vote for the truly DEMOCRATIC PARTY.

Posted by The Attack Democrat at 4:38 PM