Yesterday, I posted a chart prepared by Rex Nutting at MarketWatch showing that, contrary to recent Republican rants, President Obama has actually done a better job of controlling the growth in federal spending that his predecessors, including Reagan and both Bush 1 and 2.  Now there is more proof.

Politifact did some factchecking of its own.  As the following two charts show, Obama’s record is not just better than that of Reagan, GW, and Bush 1 but it is the best of EVERY president going all the way back to Eisenhower in 1953.  In fact, in inflation-adjusted terms, Obama has presided over a DECLINE in federal spending, a record matched only by Eisenhower in the 1950s.

See the Politifact charts below or here: http://www.politifact.com/truth-o-meter/statements/2012/may/23/facebook-posts/viral-facebook-post-says-barack-obama-has-lowest-s/

Average % increase in spending—Actual, not adjusted for inflation 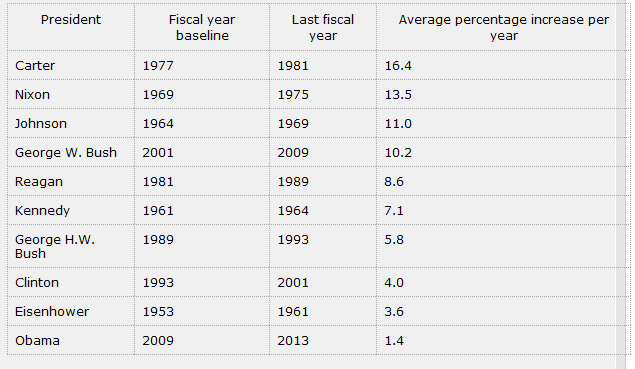 Average % increase in spending--Adjusted for inflation 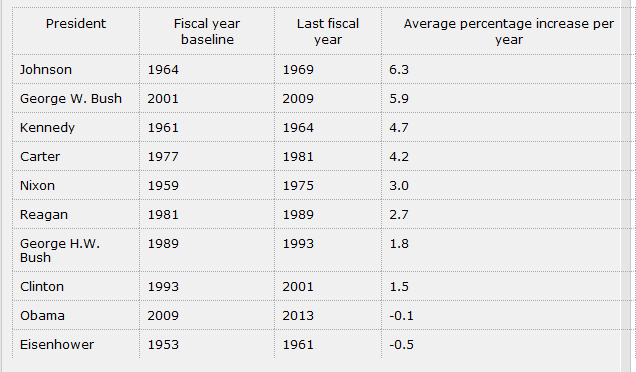 Posted by The Attack Democrat at 11:24 AM