Pew Research has released a new report on the opinions of Americans about the size of government.  It seems Americans want to make government SMALLER and BIGGER at the same time.

A majority of Americans today (52%) say they want a smaller government instead of a larger government that provides more services.

See what government services Americans say they would be willing to cut in the chart below or here:  http://www.people-press.org/2012/06/14/debt-and-deficit-a-public-opinion-dilemma/?src=rss_main 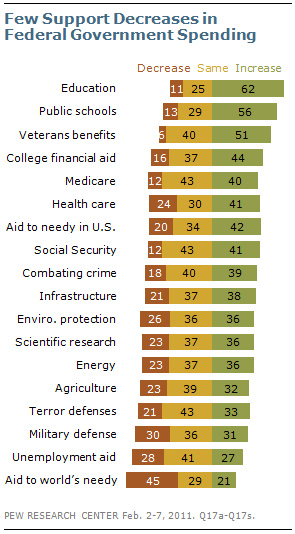 Posted by The Attack Democrat at 4:51 PM