Obama or Reagan? Who had the best economic record?

The Republicans will tell you that their hero Ronald Reagan did the best job of handling the U.S. and Obama has done the worst.  Sorry, Republicans.  Obama beats Reagan on unemployment, stock performance, the national debt and healthcare spending, just to take a few measures.
Let’s review the numbers.

UNEMPLOYMENT RATE:
Obama inherited a worse unemployment rate and brought it down quicker than Reagan.

STOCK MARKET PERFORMANCE—S&P 500
On both Total Return and Total Return Adjusted for Inflation, Obama beats Reagan hands down on stock performance as measured by the S&P 500. 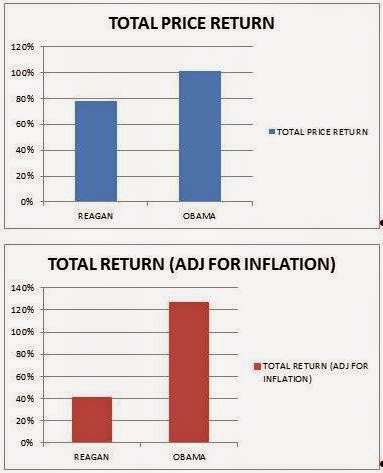 PERCENT INCREASE IN GOVERNMENT DEBT
Government debt increased LESS and at a LOWER rate under Obama than under Reagan. 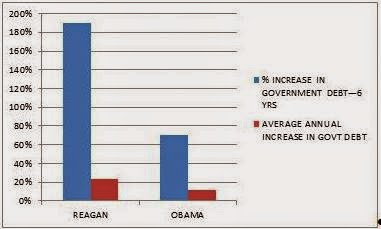 AVERAGE ANNUAL INCREASE IN HEALTHCARE SPENDING
The average annual increase in  spending under Obama was only a third of what it was under Ronald Reagan. 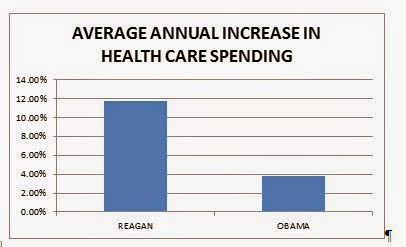 Posted by The Attack Democrat at 11:32 AM